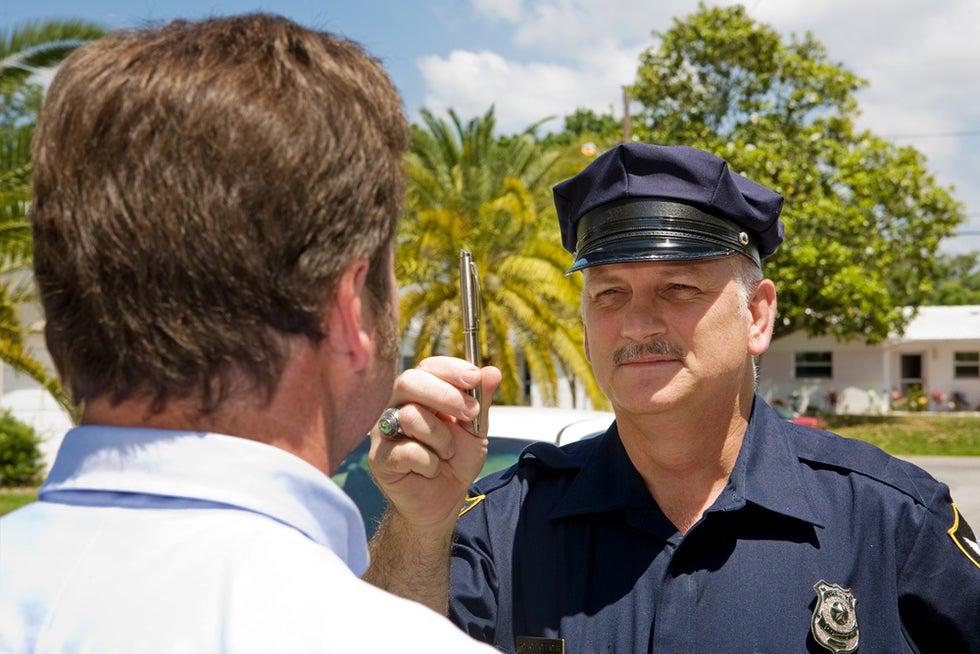 In the state of California, it is unlawful for a driver to operate a vehicle with a BAC (blood alcohol content) of .08% or greater. If an officer pulls a driver over under the suspicion of DUI, it is likely that the officer will ask the driver to participate in one or more field sobriety tests. An officer uses field sobriety tests in order to help determine the driver's level of intoxication.

Although each test is unique, there are certain clues that an officer will look for no matter which test is being administered. The tests are said to be used to judge a driver's physical coordination and balance, alertness level, ability to follow instructions, and general coherence. If a police officer determines that the driver has failed a field sobriety test, he or she is presumed to be intoxicated and that gives the officer probable cause to arrest the driver for DUI.

There is a variety of field sobriety tests that an officer can use when he or she suspects a driver of being under the influence of alcohol. However, there are only three tests that have been standardized by the NHTSA (National Highway Traffic Safety Administration). These three tests include: HGN, Walk and Turn, and One-Leg Stand.

According to guidelines set out by the NHTSA, the police officer must administer the test in a way that allows the officer to clearly see the driver's eyes. The officer should ask if the driver suffers from any kind of medical impairment. This is important because certain impairments can cause a driver to fail.

The test is administered by the officer moving a pen (or similar item) back and forth, side to side, in front of the driver's face. The driver is told to follow the pen's movement. The pen will be approximately one foot away from his or her face.

During the test, an officer will be looking for six clues (three in each eye) that relate to the movements of the eyes:

When an officer decides to administer this test, he or she will have the driver step out of the car and stand with one foot approximately six inches off the ground, with his toe pointed. The officer will instruct the driver to keep his balance while counting out loud for thirty seconds. The counting begins with one thousand-one, one thousand-two, and so on. At this point, the driver's arms must stay down and he or she should be looking down.

During this test, the officer will be looking for a variety of clues to determine the driver's intoxication:

During the Walk and Turn, an officer will be looking to see if the driver:

Do You Need an Attorney?

If you have been arrested for DUI in Alameda or Contra Costa County after participating in a field sobriety test, take a moment to consult with a DUI defense attorney. Failing a field sobriety test does not automatically mean you are guilty! Lynn Gorelick has been representing clients in the area for more than 37 years. Ms. Gorelick has also been trained and certified in the administration of the National Highway Safety Traffic Administration Field Sobriety Tests.  Do not hesitate to contact Ms. Gorelick to schedule a free, initial consultation at your convenience, in order to discuss the facts of your case.