Recently, Lynn Gorelick, an East Bay DUI defense attorney with nearly four decades of experience, was appointed a Regent of the National College for DUI Defense (NCDD). This prestigious recognition comes as a result of Lynn's tireless commitment to the field of impaired driving defense. She is honored to elevate her association with NCDD and is eager to continue her advocacy in this new role.

Prior to the 1980s, DWI and DUI defense had been the purview of traffic lawyers or criminal lawyers. When a national effort was launched to increase penalties associated with drunk driving, there followed a need for attorneys who could better represent these cases. Although several attorneys specialized in the field, it wasn't until a small group joined together in Chicago in 1994 to form NCDD, which was formally founded the following year. The initial goal of NCDD was to provide ongoing education to attorneys specializing in the field as well as to create a venue for peers to collaborate and support one another. That focus expanded to today's mission statement: to provide advanced-level training to practitioners, share ideas and thoughts among peers, and protect the rights of individuals who are accused of impaired driving. The motto of the organization sums it up: justice through knowledge. With nearly 1,500 global members, NCDD is the largest association devoted to the field of impaired driving and its legal implications. As of 2022, there are 10 members serving as Regents with NCDD. 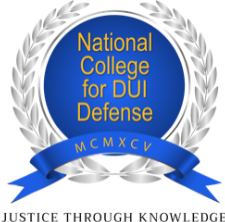 When NCDD was being developed in 1994, the founders voted to create a Board of Regents to administer the college, hiring an executive director as an administrator. The board of Regents serves as the governing body of NCDD, and Regents are involved in managing all college business matters, including planning legal and scientific NCDD seminars, determining accreditation of other DUI-related seminars, and overseeing the board certification process. Members of the board of Regents are appointed by the dean to serve. Most remain in the position for a decade or more.

In 2022, following several years with no new Regents, it was announced that the college would be adding two new Regents annually with the stated goal to bring new people, energy, and ideas into the college. Attorney Lynn Gorelick was appointed to the board of Regents in July 2022 with these words from Andrew Mishlove, dean of the National College for DUI Defense: Lynn Gorelick is a mainstay and leader of the DUI defense bar in Northern California and has long been a stalwart, talented, and may I say even beloved leader of the members of our college. Lynn's vision for our future is energetic, diverse, and inclusive. Her DUI defense credentials and years of practice give her unmatched experience in the issues that confront us all as DUI defense practitioners and college members. Lynn is proud to have been a member of the college since 2004 and is honored to be named a new Regent of the National College for DUI Defense.

In addition to her role as Regent of the National College for DUI Defense, Lynn is a faculty and sustaining member of the college. She was a featured speaker at the Mastering Scientific Evidence Seminar in 2013 and 2014, and she was a faculty member at the Harvard Law School summer sessions in 2016, 2018, and 2019. She was also the opening speaker at the winter session of NCDD in January 2022. Additionally, Lynn is past president and current board member of the California DUI Lawyers Association. East Bay attorney Lynn Gorelick has nearly 40 years of DUI defense experience and understands the challenges involved in properly representing DUI cases. If you need someone with experience, knowledge, and compassion, contact a local DUI defense lawyer who can best represent you.