The Hard Truth about Getting an Aggravated DUI in California

It's no secret that California has some of the harshest DUI laws in the country. But what many people don't know is that even a first-time conviction for an aggravated DUI can carry some pretty serious penalties. Read on for more information. 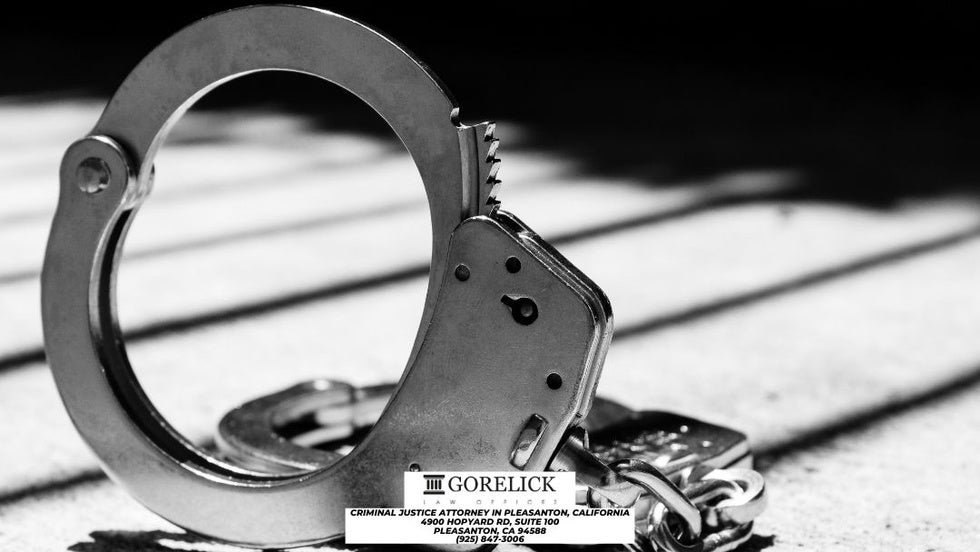 It Will Appear Permanently On Your Criminal Record

To start, an aggravated DUI charge typically refers to situations where a person's blood alcohol content (BAC) is above the legal limit of 0.08%. This means that you are considered "impaired" while driving and could be subject to significant penalties, including fines, jail time, community service, license suspension, and more.

Furthermore, having an aggravated DUI on your criminal record is likely to impact your ability to secure employment or housing in the future. This is partly due to the high public interest in DUI cases, as well as the ongoing stigma associated with having a criminal record.

In order to avoid these negative consequences, it is important to seek legal counsel and work with your attorney to minimize any potential penalties. By being proactive and taking steps to mitigate your charge, you can focus on rebuilding your life after an aggravated DUI.

When it comes to aggravated DUIs in California, there are certain hard truths that you need to be aware of. For one, jail time is almost always inevitable when you are charged with this serious offense. This is due to the strict penalties and harsh punishments associated with aggravated DUI charges in the state.

To understand why jail time is so common for those who get an aggravated DUI in California, it's important to first understand what qualifies as an aggravated DUI. Generally, this type of charge applies when drivers exhibit extreme levels of intoxication or impairment while operating a vehicle, such as driving at extremely high speeds or causing an accident that results in injury or death.

Furthermore, there are several factors that can increase the severity of your punishment, including your prior record of DUI convictions, the extent of any injuries or property damage caused by the incident, and whether or not you are a repeat offender.

Fines Will Be Hefty

Getting an aggravated DUI in California can come with some harsh penalties, including steep fines and possible jail time. This is because the state takes DUIs very seriously, and they have implemented a number of measures to help prevent these types of accidents from occurring.

One of the main reasons that aggravated DUIs are so heavily penalized is due to their potential for causing serious injury or death. When someone has been driving under the influence, their reaction times and overall judgment are impaired, which can lead to devastating consequences on the road. Additionally, alcohol consumption can also increase your risk of having an accident by over 500%, making it even more important that you take precautions when drinking and driving.

To avoid hefty fines and other consequences associated with an aggravated DUI, it is important to be mindful of your consumption levels and make safe decisions behind the wheel. This may include having a designated driver, using public transportation, or simply not drinking at all if you plan on driving later in the night. With these steps, you can help keep yourself and others safe on the road and avoid an aggravated DUI altogether.

In California, the penalties for an aggravated DUI can be extremely severe. There are several factors that can contribute to an aggravated DUI charge, such as driving with a suspended license, driving under the influence of drugs or alcohol, and causing injury or death to another person.

So why do penalties escalate so dramatically when you get an aggravated DUI in California? There are several factors that contribute to this, including the seriousness of the crime and any previous criminal history. However, with the help of an experienced attorney, you can work towards minimizing these penalties and protecting your future.

Getting an aggravated DUI in California can be a serious offense, as it is considered a felony due to the number of prior convictions you have for driving under the influence. Generally, a first-time DUI conviction is considered a misdemeanor and carries relatively minor penalties, such as fines and community service. However, if you have had two or more prior convictions for DUI within the past 10 years, then an aggravated DUI will be treated much more harshly by the courts.

There are several reasons why your prior DUI convictions factor into how your aggravated DUI will be treated by the court system. For one, multiple DUIs indicate that you have not learned from your previous mistakes and are continuing to engage in behavior that puts others at risk on the road. Additionally, having multiple prior DUI convictions shows that you pose a greater danger to other drivers and are clearly not taking your obligations as a motorist seriously.

If you or someone you know has been arrested for an aggravated DUI in California, it is important to seek legal counsel right away. The penalties for an aggravated DUI can be severe, and without the help of a qualified attorney, you may face jail time and other serious consequences. Contact us today and learn more about how we can help you fight your charges.

Next Article - What Are The Typical Sentences For An Aggravated Dui In California?