R.B. was about to drive across the San Mateo Bridge, but after paying the toll, told the toll booth operator that it felt unsafe to drive across the bridge. The operator directed her to pull over to a safe area and called for medical assistance. The fire department arrived, transporting R.B. to the hospital.  Law enforcement officers soon arrived, placing R.B. under arrest for a DUI.

R.B. refused to take either a breath or blood test. Further investigation found several empty “minis” (50ml bottles of alcohol) in the vehicle.

Charges were dropped, and I won the Administrative Per Se hearing, saving R.B.'s driver license from being suspended for four months. 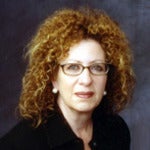